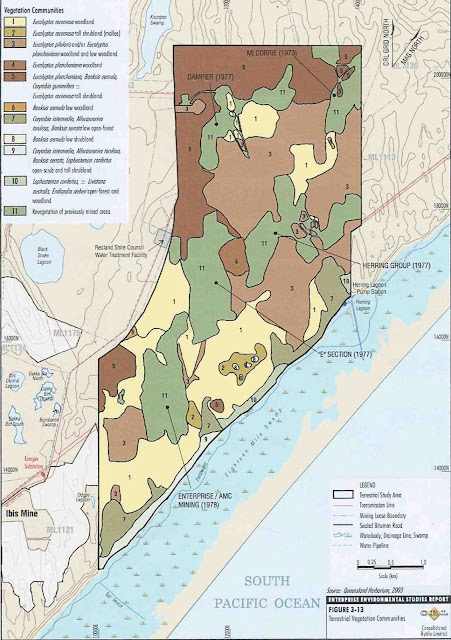 Map from the mining company's own pre- Enterprise mine environmental studies report, showing the rich variety of vegetation. The areas in green, numbered 11, represent the previously mined "revegetation" areas.

FOSI attached this map to its submission to the parliamentary committee which examined the Newman government's amendments to the North Stradbroke legislation.

Prior to our submission, both Sibelco and the Newman government were claiming that half of the Enterprise mine ore body had been mined previously.

After we lodged our submission, the government department advising the committee finally admitted, in evidence to the parliamentary committee, that Sibelco's own map showed that just over 70% of the area was "undisturbed" vegetation.
By Friends of Stradbroke Island - December 23, 2013

In this issue
Read more